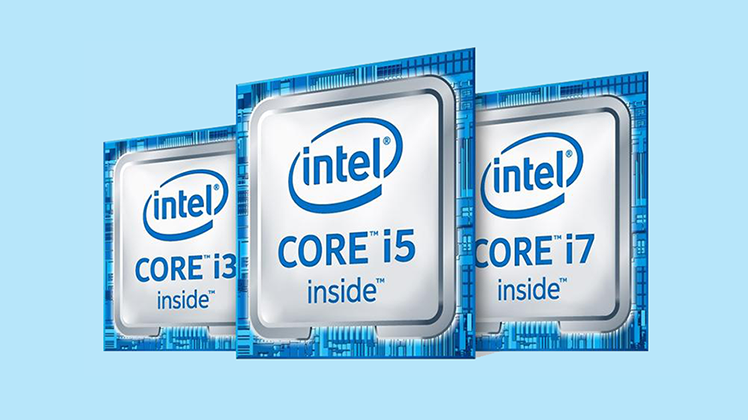 Intel has been using the i3, i5, and i7 naming scheme for their CPUs for quite a while now, but what these labels mean tends to slowly change over time as new features are introduced or older ones get replaced. On top of this, the naming scheme between desktop and mobile CPUs is often different as well. In this article, we will go over what differentiates i3, i5, and i7 processors for both mobile and desktop Haswell CPUs.

The biggest thing you need to know in regards to the i3, i5, and i7 naming scheme is that it is primarily a way for Intel to separate their CPUs into three performance tiers:

There are a few differences in features (notably Hyperthreading, cache size, and number of cores), but as we will show later in this article there is actually very little that differentiates an i5 CPU from an i7 CPU. The biggest thing that this naming scheme gives you is a starting place when choosing a CPU. If you use your computer for basic tasks like surfing the web, then an i3 CPU is likely a great choice. If you use your computer for a variety of tasks that require a bit more power (including gaming), than an i5 CPU might be a better choice. If you run multiple applications that require a lot of CPU power, then an i7 CPU is probably right for you.

Overall, the chart above can be summarized with the following:

So while i7 CPUs do have overall better specifications than i5 CPUs, there is actually quite a bit of overlap between the two except that i5 CPUs do not support Hyperthreading. Especially in terms of frequency and thermal output, the two lines really are not very different. For i3 CPUs, the main difference is that they only have two cores, a smaller cache, do not support Turbo Boost and have overall lower thermal output than i5 and i7 CPUs.

Currently, there are no Haswell Core i3 or i5 mobile CPUs available for consumers. The values in the chart above are our prediction based on previous generations.

Overall, the chart above can be summarized with the following:

In this case, the main advantage of the Core i7 CPUs is that they have 4 cores, but at the same time they also have an overall higher thermal output. Core i5 and i3 CPUs are actually very similar to each other except that the i3 CPUs are likely to not support Turbo Boost and have slightly lower frequency and power draw than the i5 CPUs.

The main thing to remember is that i7 CPUs are at the high end of the product line, i5 CPUs are in the middle, and i3 CPUs are entry level. This gives you a decent starting place to look for a CPU based on what you will be using your computer for, but you will likely need to look at the individual specs for multiple CPUs to determine which is actually the right fit for you. While there are a few things that the i3/i5/i7 naming scheme tells you, it is really no substitution for actually looking at the specifications of individual CPUs. The Intel Ark is one way to do so, and it allows you to select multiple CPUs to compare side by side.